August 5, 2015|[email protected]_news|Comments Off on Cayce works to re-open Phase II of Riverwalk, after June flooding|NEWS 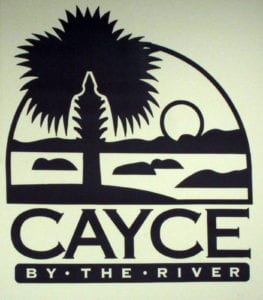 The City of Cayce, in an announcement on June 25, reported that “Phase II of the Cayce Riverwalk is currently closed due to damage from rains and flooding.”

At the Cayce City Council meeting Tuesday, City Manager Rebecca Vance said Phase II of Riverwalk in Cayce is still closed, but city personnel is working to get it ready to re-open.

Vance referred to the “flood of June 10” and said Riverwalk sustained significant damage due to the heavy rains.

The Cayce Fire Department was damaged by flooding from the rains. Work to repair the fire department should be complete by early next week.

The section of the Riverwalk that makes up Phase II is from the railroad trestles to Riverland Park.

Council had already approved $50,000 to pay for demolishing unsafe structures.

Greenwood presented a list of 39 potentially unsafe properties, but he said many could be repaired, and made safe, before they get to the stage to be demolished.

Also, Cayce resident Stephanie Schroeder, who lives in the Riverland Park subdivision, said her family is facing foreclosure of their home because of high flood insurance rates.

Schroeder said a federal subsidy has expired and her flood insurance has risen substantially and will eventually cost more than her mortgage payment.