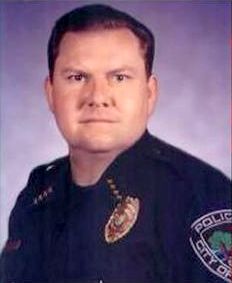 Chief Charles McNair of the Department of Public Safety in the City of Cayce is retiring after more than 42 years of public service. McNair, a lifelong Cayce resident, started his career with the Cayce Fire Department in 1974. He then served as a member of the Highway Patrol for 17 years. In 1993, he began working for SLED to manage a Federal DEA Task Force. In 2000, he was offered the Director of Public Safety position in his hometown.

City Manager, Rebecca Vance stated, “Chief McNair’s shoes will be hard to fill. His years of experience and dedication to our community will be hard to replace and we are thankful for his service to our City.”

Officers with the Cayce Department of Public Safety say that Chief McNair is someone who looked out for them and saw the squad as family. Cayce Major Darwin Fulwood expanded by saying that the Chief always had an “open-door policy” and was “someone the members of the Department could always confide in.” Chief McNair has lived his faith in Christ while working for Public Safety. He demonstrated his love for Christ, his employees and the citizens he served.

The Chief says he is most proud of increasing the size and abilities of the Department, obtaining technology upgrades and additional training for his officers, but especially of how his team recently handled the tragic 1000 Year Flood. When asked about his worst day on the job, he said it was unequivocally the day that his fellow officer and best friend, Trooper Mark Coates, was shot and killed at a traffic stop in 1992.

Chief McNair will officially retire on May 1. He said the first thing he plans to do is take his wife on a trip to Key West and will then do some fishing and spend time with his family. He says he wouldn’t rule out a future part time venture in the field that he is most passionate about – public safety. He is the Past President of the South Carolina Police Chief’s Association.

The City will be advertising for the Public Safety Director position in the coming weeks and will choose a candidate that is the most qualified and best fit to serve the Cayce community.