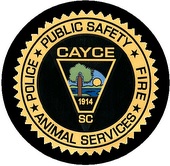 Joshua Thomas Brown has been located and taken into custody. He will be housed at the

and the media for their role in the apprehension of this subject.

The Cayce Department of Public Safety is currently attempting to locate Joshua Thomas Brown. He is a suspect,
wanted on charges of ATTEMPTED MURDER which stem from an incident that occurred near the Thomas Newman Boat Landing off of Old State Rd. in Cayce.

The suspect may be considered armed and dangerous and has been known to frequent the Cayce and West Columbia areas. The vehicle pictured above is similar to one that is driven by the suspect. Mr. Brown’s vehicle is maroon in color and bears SC license 531-4HC.

The investigation is still active and more information about the incident may be released at a later time when appropriate.

If you have any information regarding the whereabouts of this suspect call Crimestoppers at 1-888-CrimeSC or the Cayce Department of Public Safety at 803-794-0456.