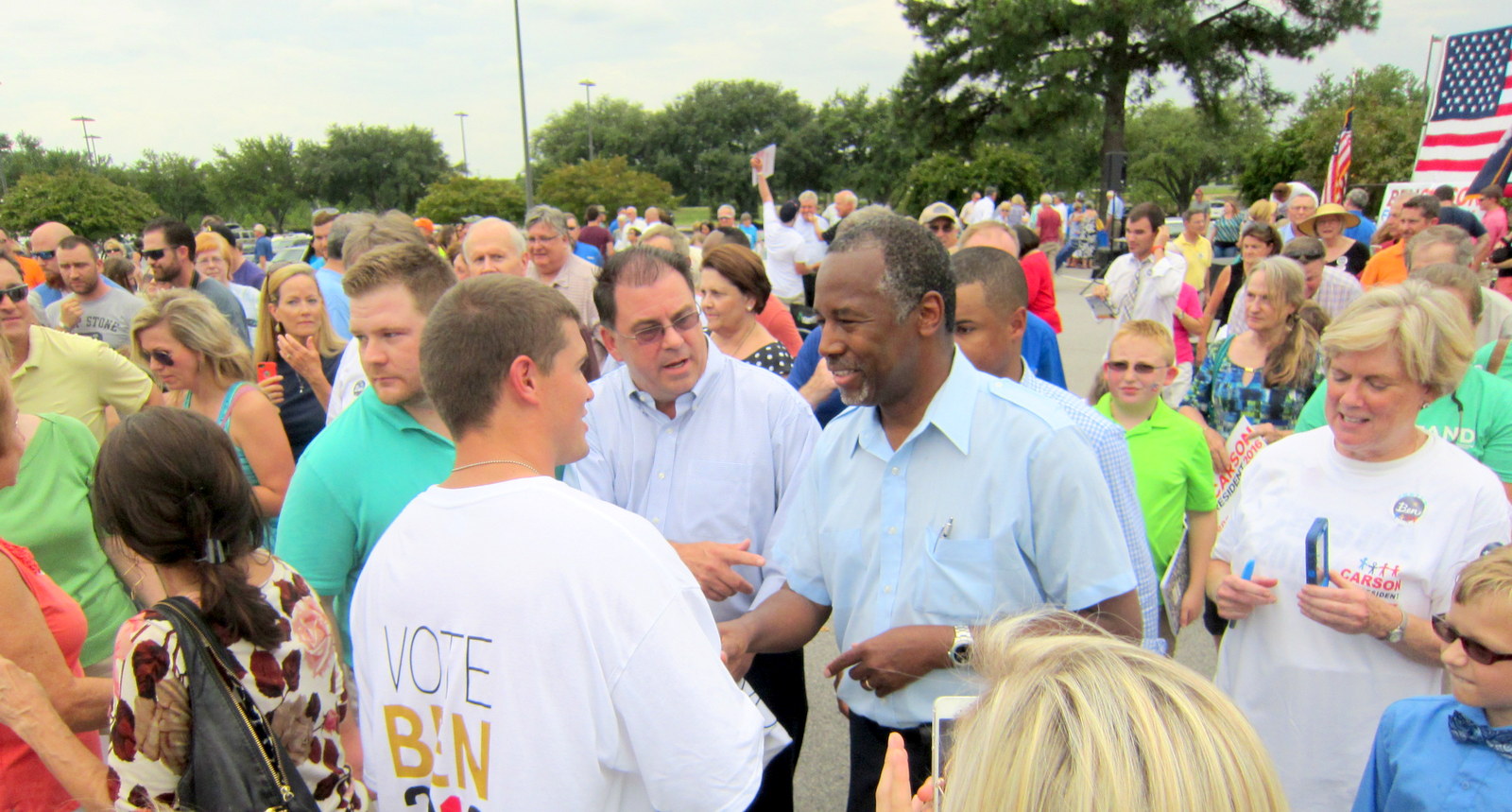 August 23, 2015|[email protected]_news|Comments Off on Ben Carson supporters in West Columbia say “it may take a brain surgeon”|NEWS

The large crowd was ardent  for  Dr. Ben Carson. And he said what they wanted to hear.

Carson was on the campus of Midlands Technical College in West Columbia, Sunday.   And his supporters have studied him.

Carson said if an enemy wanted to destroy America it would do it by pitting races against each, claiming a war on women and polarizing people. He then made a plea for more civility.

“Trying to destroy anybody who disagrees with you, believe me those are characteristics that do not come from God. They come from the other side.”

Carson also said a state of welfare hurts us, as does illegal and uncontrolled immigration.

Many who braved the humidity and heat said they like Carson – the former co-director of the Johns Hopkins Craniofacial Center – because he is not a politician.

“It may take   a brain surgeon,” said Donna Davis of Lexington.   She was referring to Carson’s career as a neurosurgeon. Her husband, Smokey Davis, said he has studied presidential candidates since President Dwight D. Eisenhower.

“He is the best man to ever run for president,” Davis said. He said Carson’s life experience and education make him    the best choice.

Mary Burkett introduced Carson, she said she met Carson when he performed brain surgery on her three-year-old son.

“He said with prayer I’ll do the best that I can,” Burkett said. She then pointed to her son, now 29, who made a surprise visit to the Carson rally, Sunday.
Ashleigh Milam of Cayce and Dylan phillips of West Columbia are Teenage Republicans who will be able to vote for the first time in 2016.

“I love his honesty and integrity,” said Milam. “And he is a strong leader who can restore the country.”

Phillips said he believes Carson is a leader who can solve the problems facing the country today. He has solutions,” Phillips said.

Elizabeth Thompson, of Greenville, came with her husband to see Carson.

“I read his book and was impressed with him,” Thompson said. “He has so much integrity.”

Brent Thompson, her husband, said Carson believes in smaller government, and he does, too.

John Oxner, and his wife Catherine, of Leesville, said their support for Carson is strong.

“He’s an honest, smart man. He can pull us together, John Oxner said.

He has a great philosophy to heal our nation,” said Catherine Oxner.

Carson said taxes are too high and said taxes should be more like a church tithe, 10% for all.

Carson said the federal government needs to crack down on illegal immigration.