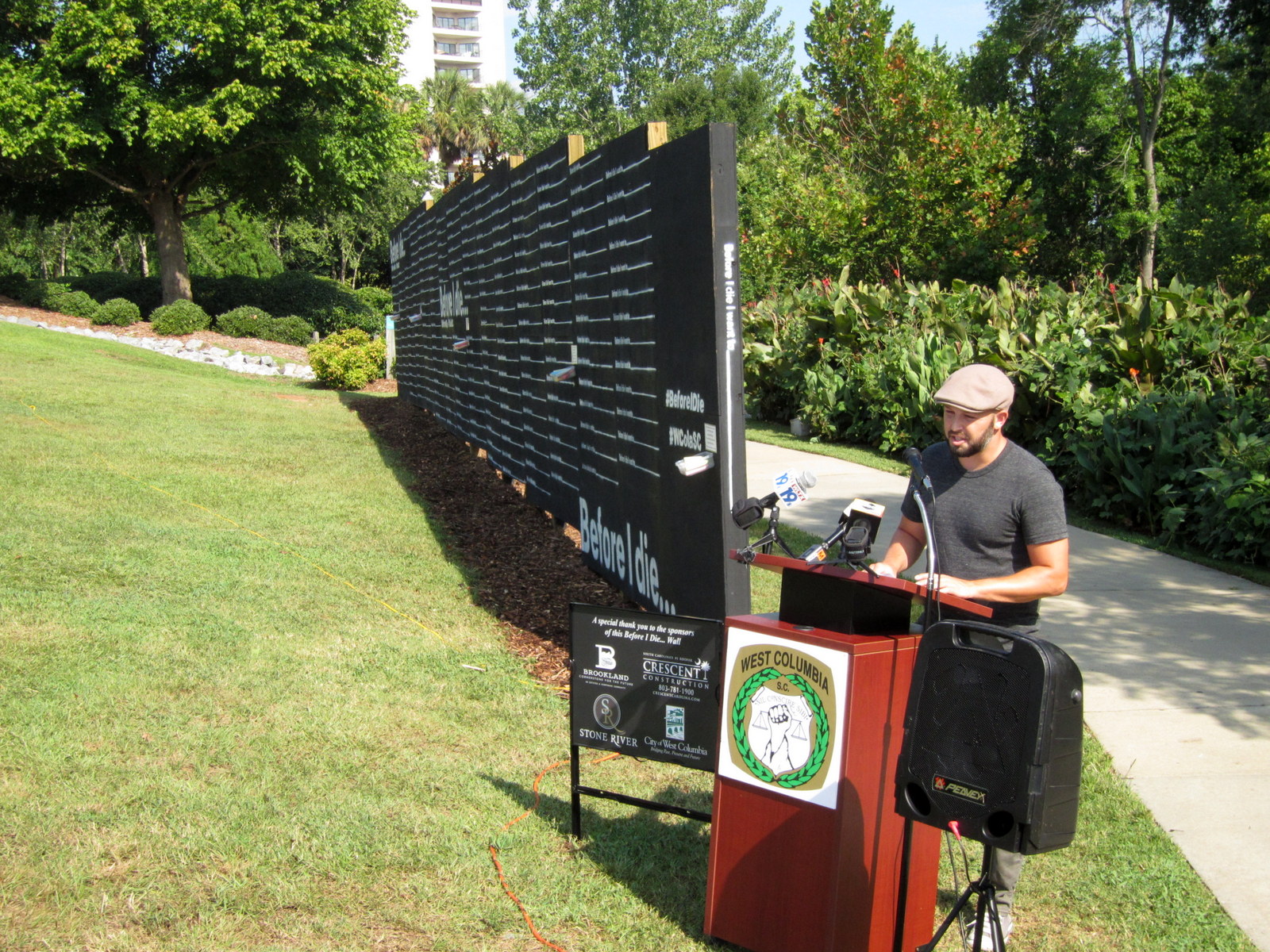 “Before I Die” wall unveiled in West Columbia

August 6, 2015|[email protected]_news|Comments Off on “Before I Die” wall unveiled in West Columbia|NEWS

When Karl Larsen told Mark Plessinger he wanted to put up another “Before I Die” wall, the location was a “no-brainer.”

“I know where it needs to go,” said Plessinger, who recently moved his Frame of Mind eyewear boutique and art gallery to State Street in West Columbia.

Thursday, as the Before I Die wall was unveiled next to the West Columbia Amphitheatre, Plessinger described the West Columbia Riverwalk as the jewel of the city. Larsen said about 15 volunteers, friends of his, helped construct it.

Larsen is the artist and author behind the Before I Die wall in Columbia. When Larsen presented the 60-foot, “Before I Die” on Columbia’s Main Street in 2013, Plessinger was instrumental in making it happen. Larson said he is pleased to put his second wall in West Columbia. He said the location on Riverwalk attracts visitors from Columbia, and from throughout the Metro area.

Brian Carter, West Columbia assistant city administrator, described the 130-ft wall, as the largest Before I Die wall in the world.

Larsen said it has 1,000 square-feet of interactive space.

In that space, participants will use chalk, provided at the site, to write their wishes on the wall.

Mayor Joe Owens, who spoke at the unveiling, said he’d like “to win the lottery.”

Marydavis Hallman wants to be a dancer and Parker Mergo wrote that he wanted to be a professional baseball player.

Larsen said providing a spot for the public expression of feelings has the “power to inspire so many people.”

While some of the wishes expressed on the wall were grandiose, Linda Kilkinng had a simple and short message

“Before I Die, I want to “retire,” wrote the Kilkinning, the mother of Larsen who teaches school in North Carolina.