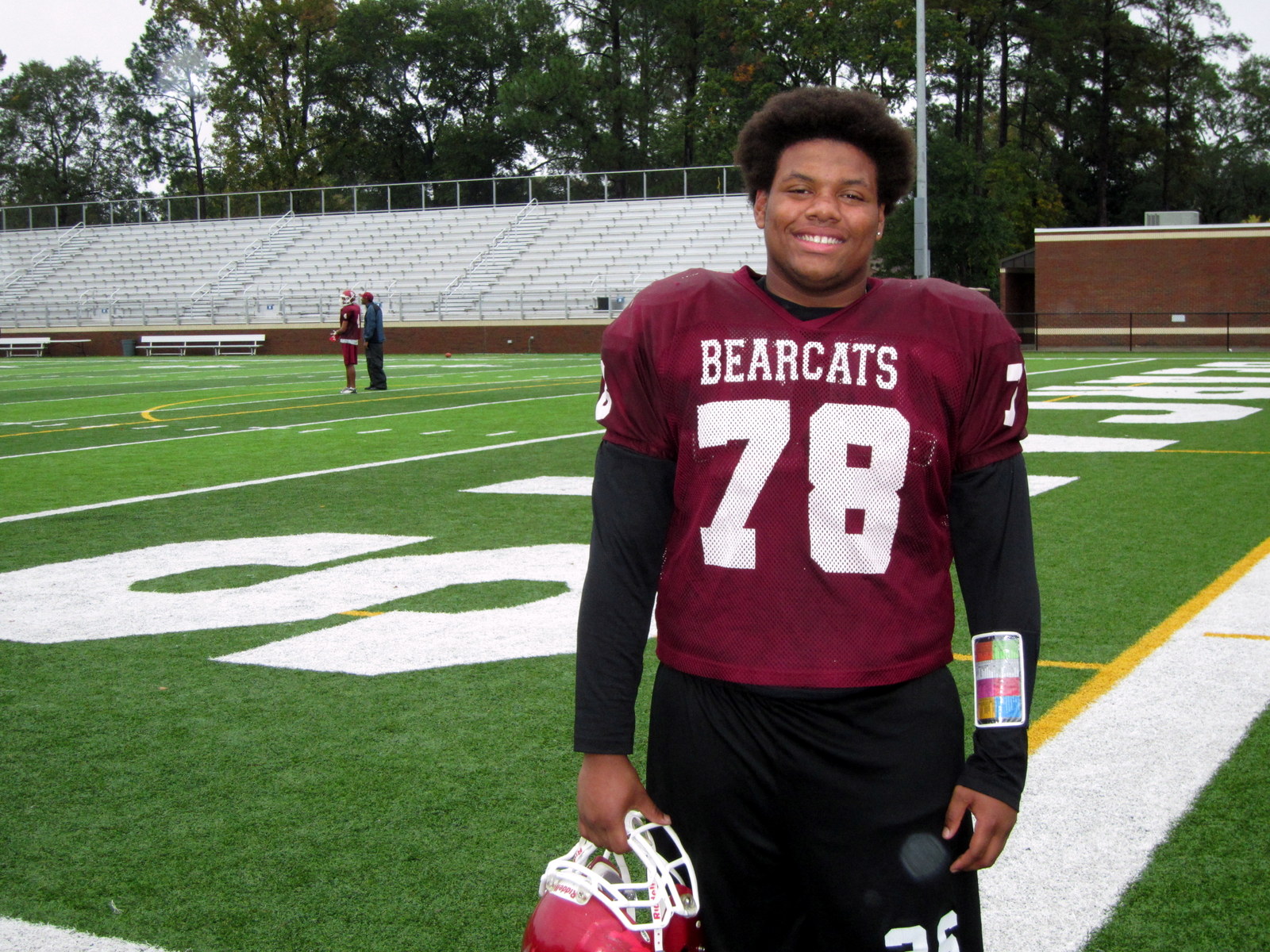 The chances were slim.

As a ninth-grader, the probability that Brookland-Cayce’s Patrick McNeil would be picked as a North-South All-Star Game offensive lineman didn’t look good.

But McNeil has been picked for the game that will be played in Myrtle Beach, Saturday.

Three years ago, McNeil was about 5’8″ tall and weighed less than 200 pounds.

“Wait ’til two years from now, he told me,” said Bearcats Head Coach Rusty Charpia of McNeil. McNeil told Charpia that when he got to BC.

Charpia said McNeil lifted weights and worked hard and he became a very good football player. He has been moved around, wherever he’s needed, but he has played mostly right guard in 2015.

Charpia said he thinks McNeil will do well in the North-South game. He also said he believes that after McNeil plays in the all-star game, he’ll get more scholarship offers.

McNeil said he thinks he’ll play center in college, but he just wants the chance.

He said he likes math and he would major in chemical engineering or math in college. He said he definitely has goals that include football, but he wants to go to college, regardless.