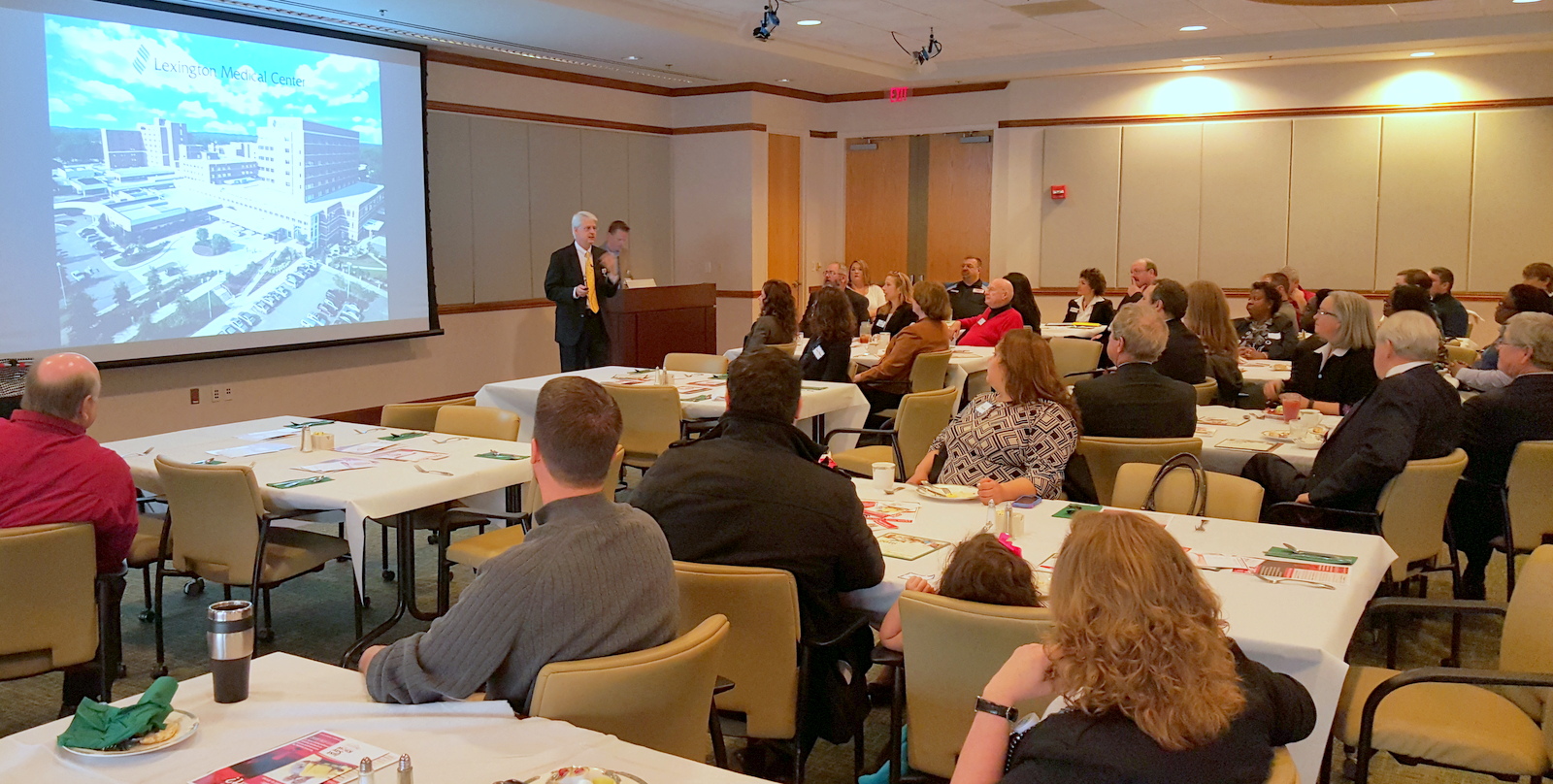 If everything goes to plan, Lexington Medical Center will have its additions completed in 2019. Much of it will be done by the summer of 2018.

The West Columbia hospital is adding an eight-story wing, a parking garage and medical office building. Construction on the new tower could begin in May. Other areas are being renovated.

Tod Augsburger, Lexington Medical Center president and CEO, gave an update regarding the expansion during the Cayce-West Columbia Chamber of Commerce Breakfast, Tuesday. It was held on the LMC grounds.

“We’re out of space,” Augsburger said. He said the expansion – on the Sunset Boulevard grounds – will include 176 new beds and larger, more-conveniently appointed rooms. The amount of square-footage added will be 545,000.

Many of the new rooms will be 320-sq-ft in area, compared to 180-sq.ft. rooms of the old floor plan. The critical-care rooms will be 350-sq.ft. Delivery rooms will be 450-sq.ft. And there will be special care rooms for premature babies that allows for overnight stays for parents.

“It’s so much nicer,” said Augsburger. The additions will cost more than $430,000 million. with $371 million budgeted for the tower.

Aside from size, the new construction will be of a design that allows for more light into patient areas, Augsburger said. He said more natural light helps in the healing process of patients.

The new design will also incorporate more green space, on the outside, so the families of patients and visitors will have a more-inviting place to wait while with with loved ones in the hospital.

Augsburger also noted that annually, LMC delivers more than 3,600 babies, That is the second-most innumbers in the state. The hospital sees almost 30,000 patients. He said LMC accounts for $485 million i salaries and benefits and 6,300 jobs.. There are more than 300 physicians with the hospital.