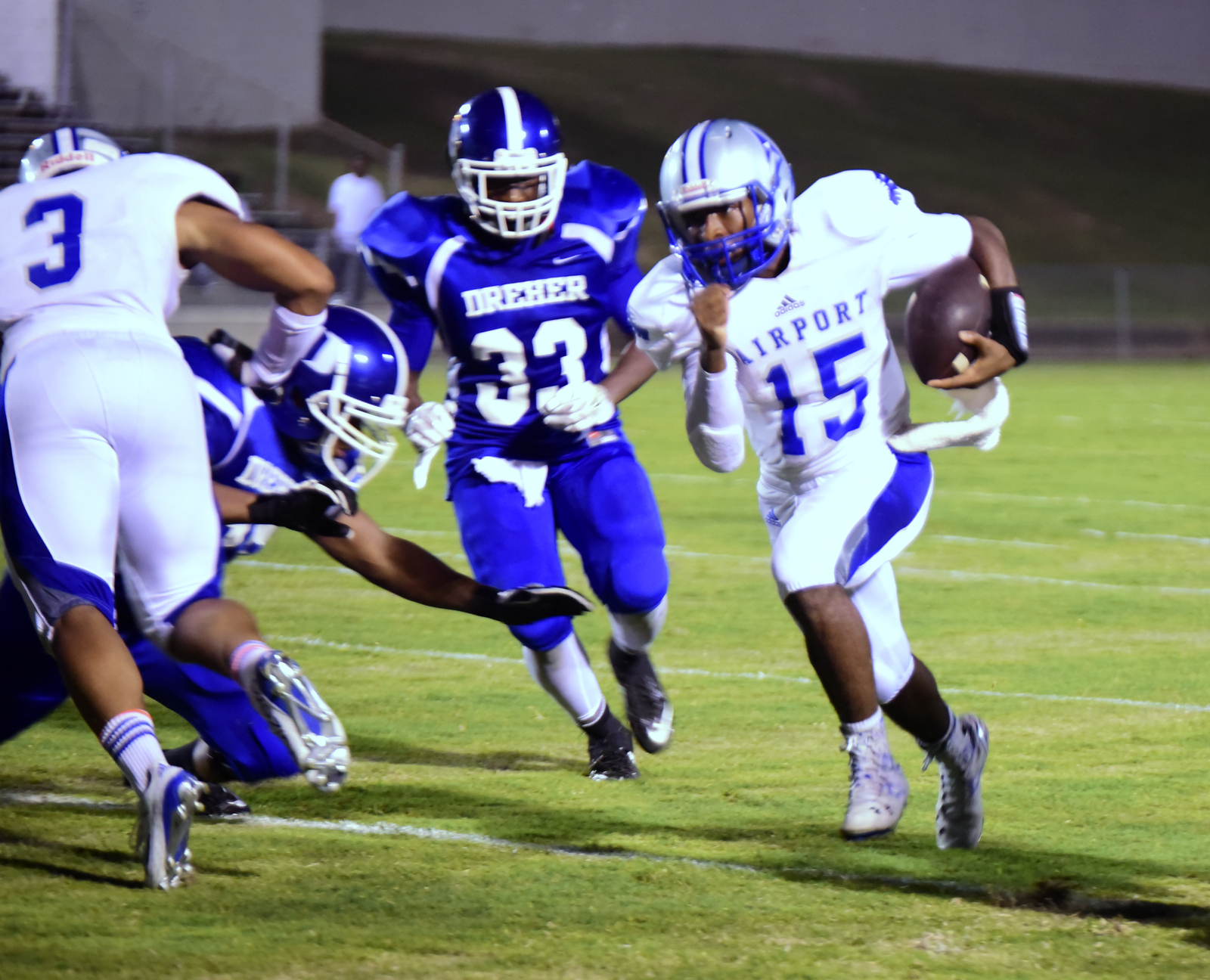 September 12, 2015|[email protected]_news|Comments Off on Airport wins again, 3-0, after defeat of Lower Richland|NEWS

The Eagles were led by quarterback Josh Tucker. Tucker is starting in place of quarterback Brett Burnett who was injured in the Brookland-Cayce game, Aug. 28.

Airport’s Kerryon Richardson had an interception.