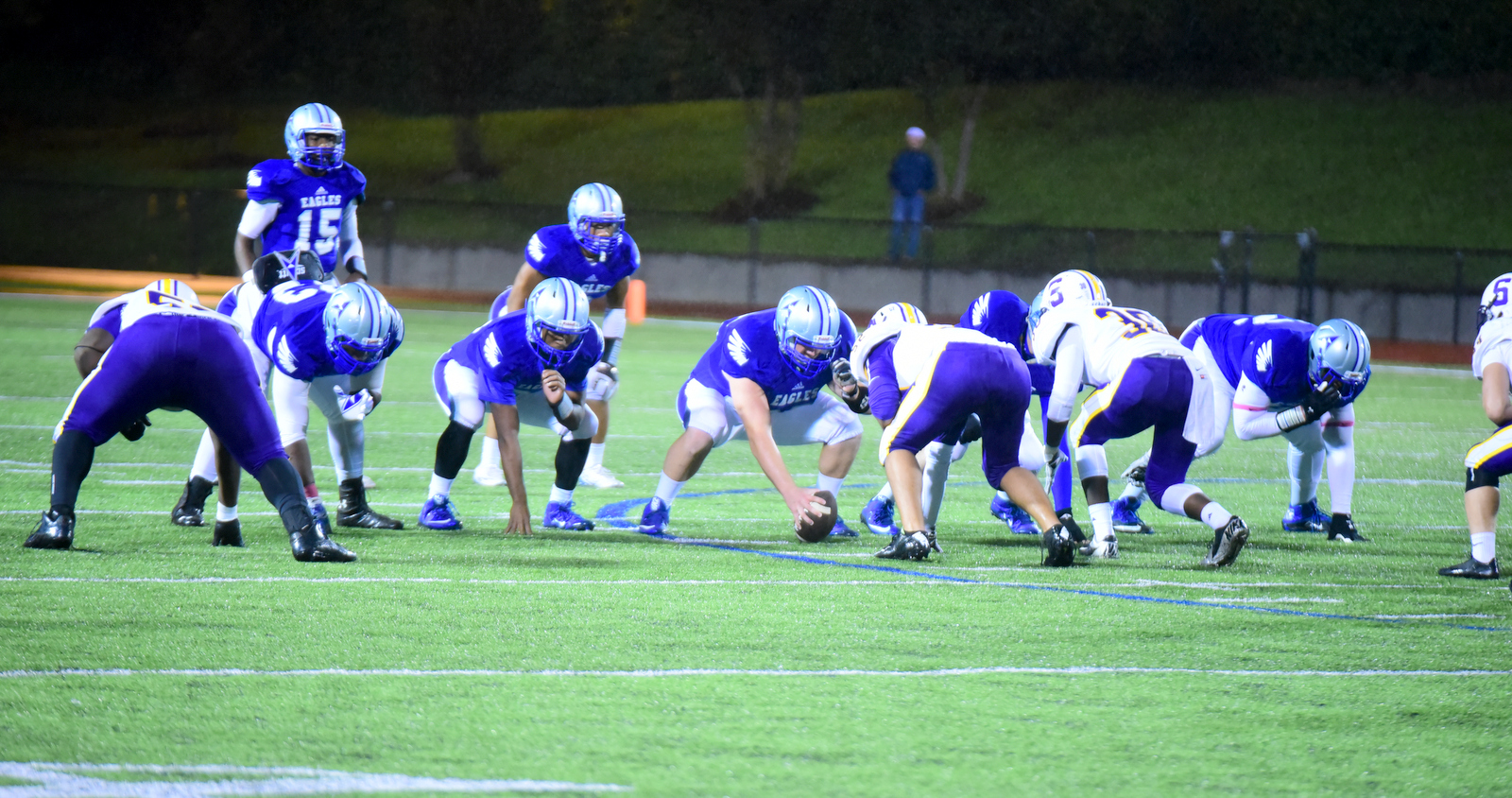 October 24, 2015|[email protected]_news|Comments Off on Airport loses to Midland Valley|NEWS

After beginning the season at 8-0, Airport lost its first game of the season, Friday.

Midland Valley defeated the Eagles by a score of 33-28. At one point, Airport was down 33-14, and made a comeback. But it fell short when Airport QB Josh Tucker was sacked on a 4th and 17 from Airport’s 36. The turnover on downs allowed the Mustangs to run out the clock.
Midland Valley’s effort was helped by Dre’Kwon Carr who rushed for more than 200 yards.Airport travels to Brookland-Cayce next Friday.