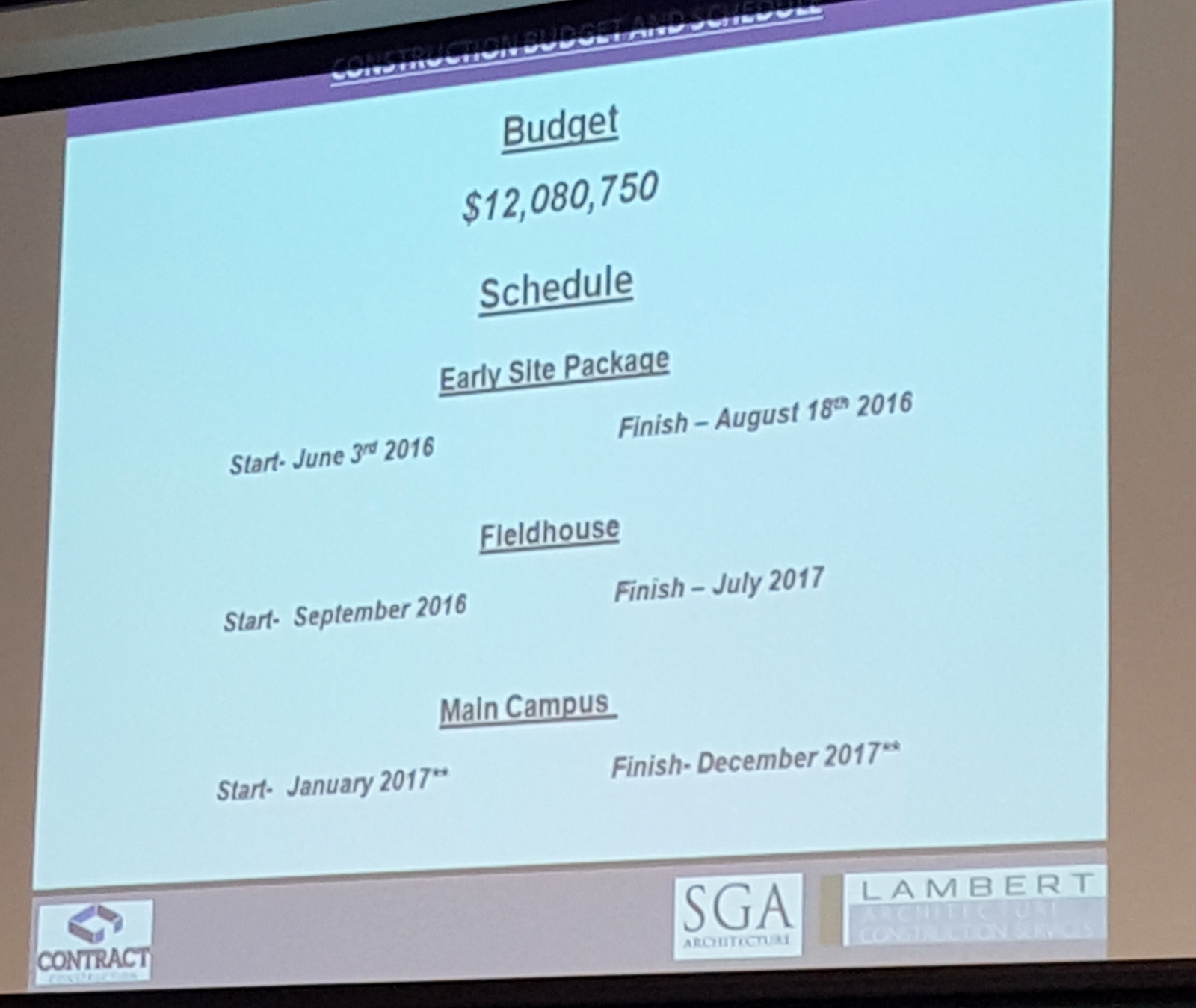 As a part of the Lexington School District 2 building schedule, more than $12 million is allocated for upgrades at Airport High School.

A new field house, relocation of Special Needs, and art, classroom space, a new entrance to the Bob Mooneyhan football field, and a resurfaced track are just some of the changes that are on slate. Airport High School (AHS) is on Boston Avenue, beside the Columbia Metropolitan Airport, in Cayce.
Don Icenhower, the district’s chief operations officer, said it is imperative to get started on the plan as soon as possible. He also said if the work can be done for less money than is budgeted, more improvements will be added.

Luke McCary of Lambert Architecture Construction Services and John Farley of Contract Construction gave District 2 Board members a preview of what is planned for AHS, at Thursday’s Board meeting. The Board voted to move forward with the renovations. The schedule is for the project to begin June 3, according to a schedule presented Thursday, at the meeting.
Other improvements include additional tennis courts, and upgrades to the old gym, handicapped parking areas, and the visitors’ locker room. Fencing on the site, around the football field, will be replaced and drainage issues at the softball and baseball fields is being addressed. An upgrade to the sound system in the auditorium is also planned.