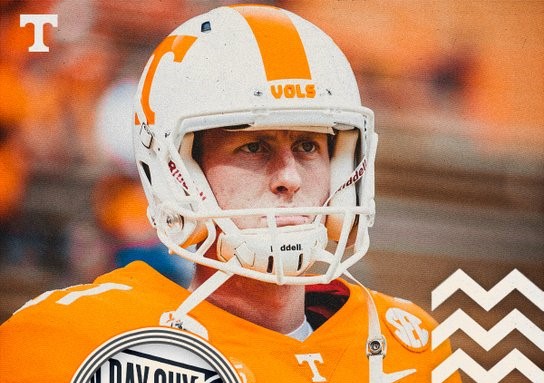 Brooks enters his senior season as one of the nation’s top punters. He has played in 35 games for the Vols, averaging 42.9 yards per punt for his career. He has 19 punts of 50-plus yards. Twenty-nine of Brooks’ punts have pinned the opponent inside the 20.

Brooks is a three-time member of the SEC Academic Honor Roll and a two-time CoSIDA Academic All-District recipient. He has alreay graduated. He graduated in May.

Brooks served as Tennessee’s starting punter in all 10 games last season while also handling kickoff duties and earned All-SEC fourth team accolades from Phil Steele. He averaged 43.6 yards per punt and that ranked him fourth in the SEC.

Brooks was named the Ray Guy Award Punter of the Week on Oct. 13, 2020, after a career-best performance against No. 3 Georgia. In that game he averaged 47.2 yards per punt on six attempts. He had two punts of 50-plus yards and three of his punts landed inside the 20.