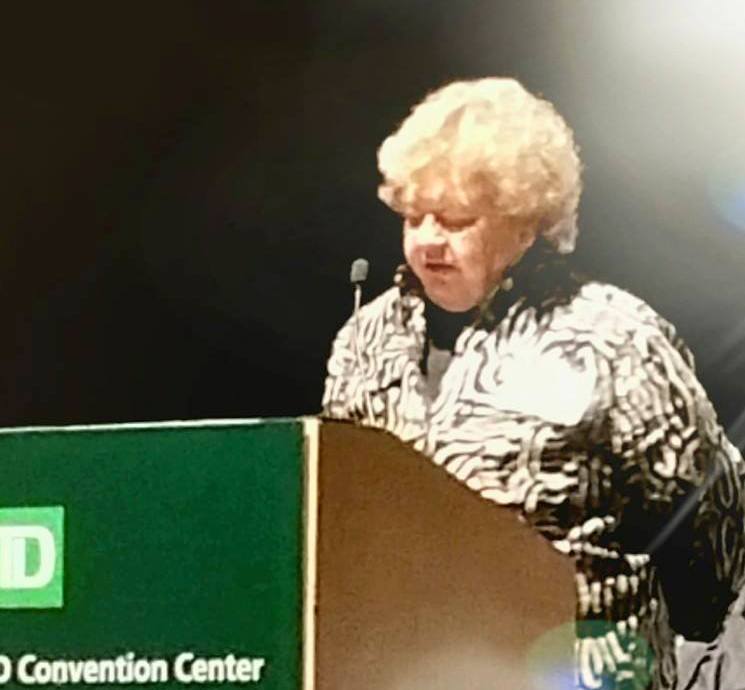 She accepted induction at a ceremony in late July.

Kessler inspired many and was highly successful. She began her 30-year coaching, and teaching, career at Airport High School in 1970. She worked as a substitute teacher at Airport for five years after “retiring.”  Kessler also worked in Iraq and Qatar as a contracted coordinator and manager.

Kessler said she always expected a lot out of the students she coached, and they always responded by producing.”If you expect it from them they will rise,” Kessler said.

“I learned so much from you during my softball days at AHS,” Kelly wrote. “Sports shape you in more ways than just physically. You made us mentally tough, taught disciple, sportsmanship, teamwork just to list a few. Well deserved. what a difference she made in my life.

Johnny Harper called Kessler “My favorite teacher at airport of all time.”

“What an awesome coach, Love wrote. “I learned so much from her and appreciate who she made me become. I am now a physical education teacher and former coach. She brought out the best in me as a player, person and teammate.”

Kessler said she got her first job as a biology teacher because she agreed to coach bowling.

“I needed a job,” Kessler said, remembering her first interview.

Kessler, a West Virginia native, is the sister of Cindy Kessler, also a high school coach in Lexington School District Two. Both serve on District Two’s School Board.