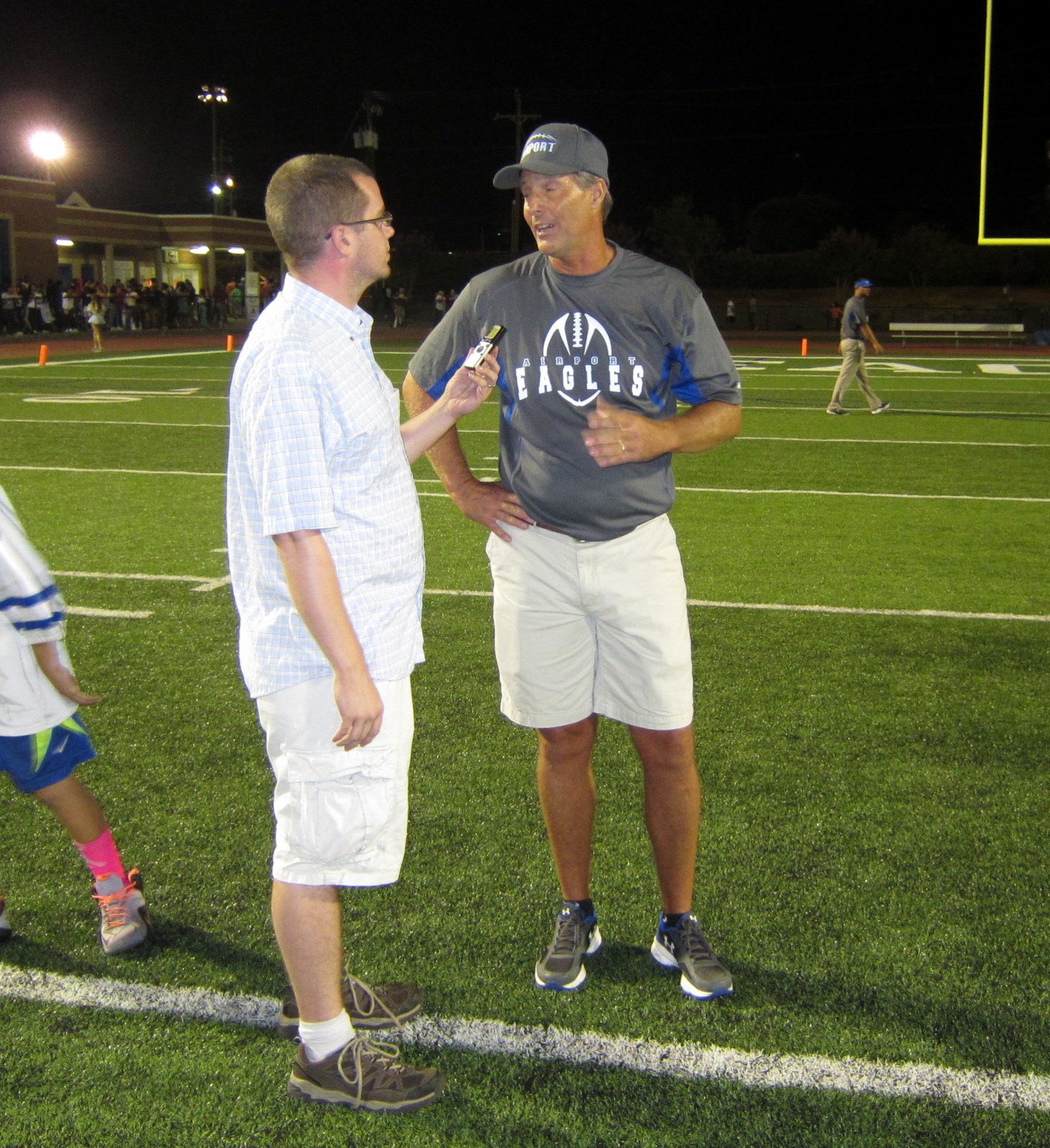 6-0, Airport at home to take on Aiken, Monday night

October 12, 2015|[email protected]_news|Comments Off on 6-0, Airport at home to take on Aiken, Monday night|NEWS

Airport is at home to take on Aiken in football, Monday night. The game is at 7 p.m. p.m. The game date was changed due to flooding last week.

Airport is strong in every phase of the game. Quarterback Josh Tucker, a former wide receiver had 203 passing yards and three touchdowns in a win, Oct. 2, over Swansea.

Tamon Nottingham is one of the top wide receivers for the Eagles. He caught two passes in Airport’s last game. One was for a 93 yard TD. The other was a TD catch, too. C.J. Wright had five receptions for 75 yards. Jonathan Earle is Airport’s top RB. Zach Feaster is the Eagles’ stopper on defense.

Aiken’s Quarterback is Bryson Jones. In his last game he rushed for 131 yards and two touchdowns. He scored the game-winner in triple overtime on Oct. 2, in a 27-21 home victory over Brookland-Cayce. It was Aiken’s first region win in four years.